Skip to content
You are here:Home-Alternative Snoring Solution-Can You Snore In Space?

Can You Snore In Space?

Everything it would seem is different in space.  For us earthbound residents, roughly half of us will snore at some point in our lives.  With rates higher among men than women, almost all of us have the experience of trying to sleep while someone else snores loudly nearby.  For those who love space exploration, a simple question comes to mind.  Do people snore in space?  Let’s find out!

Can People Snore In Space?

The simple answer is yes. The more complex answer is that people mostly do not snore when in space.  What it all comes down to is the fact that astronauts sleeping in space sleep in zero-gravity environments.  Gravity it would seem plays a critical role in why we snore, dramatically increasing the chance of snoring if we meet the prerequisite conditions.

Research On Snoring In Space

The AsapSCIENCE group compiled research from the National Institute of Health (NIH) regarding snoring in space.  Their findings pointed to the lack of gravity being the primary culprit for reduced snoring.  With no gravity, the airways of the astronauts were opened more, with less obstruction for noise to be created.  Studying astronauts before, after, and during space flight, the NIH concluded that the most people do not snore in space but that it is still possible, especially for people who are in space for the first time.

Additional information on snoring in space was collected directly from the astronauts.  A question asked to the pilot Dom Gorie on the STS-99 crew concerned whether or not he had ever heard people snoring while sleeping.  Conducting his own research, Dom Gorie as well as other crew members went down to where people were sleeping and observed that yes, it was possible to snore in space.  However, the snoring was much lighter than normal thanks to the lack of gravity. 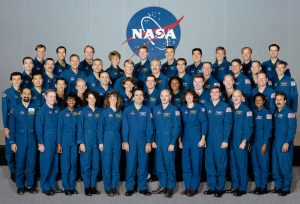 Finally, an ATS Journal article in 2001 reviewed whether or not astronauts could snore in space.  They found from the astronauts they studied that gravity played a critical role in things like sleep apneas, hypopneas, and other things that caused snoring.  While some crew members still snored, the effects were greatly reduced, with some not even snoring at all despite snoring frequently when back on earth.

Where Does This Leave Us?

As it turns out, space doesn’t make snoring impossible.  Rather, it makes snoring far more challenging than it is on earth.  Without gravity, we have less obstructing our airways and as a result, make fewer, quieter, and can even become silent when floating around.