Skip to content
You are here:Home-Alternative Snoring Solution-Does Learning to Play The Didgeridoo Alleviate Snoring?

Does Learning to Play The Didgeridoo Alleviate Snoring?

Didgeridoo, also spelled as didjeridoo, didg, didjeridu and didj, is a wind instrument that has been around for more than fifteen hundred years. Although not as popular as flute and trumpet or saxophone, didgeridoo is widely played in Australia and many cultures across the world are experimenting with the fascinating device. Didgeridoo has grabbed substantial attention of the scientific community for it is believed and also proven to an extent that playing the didgeridoo can alleviate snoring. It has also been studied that playing the didgeridoo is an effective remedy for sleep apnea.

Since snoring is primarily a physiological problem, the cure has to be physiological as well. Learning to play the didgeridoo will be a workout for the muscles and tissues in the throat. The airway which allows one to breathe will be sans obstructions. Snoring is mostly facilitated when the airway collapses, stopping the free and easy flow of air. Since breathing is affected due to this interrupted flow of air, people tend to snore. It is the sound made when air is made to gush through the collapsed parts of the nasal tract and airway at the throat, either or both. Artificial pressure is anyway used in special masks to cure sleep apnea so the air can pass through the collapsing or narrowing airways more conveniently.

Playing the didgeridoo has a similar impact on the airway. With stronger muscles and tissues, more spacious airway and one that wouldn’t collapse, there is really no cause for snoring. It is no secret that those who sing professionally or have any kind of professional requirement to exercise their throat and nasal tracts are less likely to develop the problem of snoring. 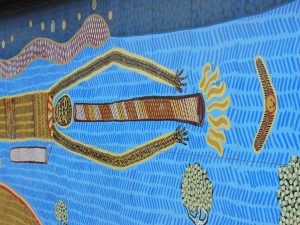 The National Institutes of Health in the US had said in one of its publications that playing the didgeridoo is an effective way to remedy snoring. Playing is fun and entertaining so it motivated most people. Compliance and sticking to a treatment schedule is often the biggest challenge. Learning to play the didgeridoo is more of a fun time than undergoing a treatment. The study they conducted observed that people who practiced six days a week enjoyed better quality of sleep, stopped snoring and symptoms of moderate obstructive sleep apnea syndrome were also contained.

‘The Mayo Clinic Book of Home Remedies’ published in 2010 endorses the didgeridoo as a remedy for snoring. Dr. Oz recommends the instrument to work on the muscles in the back of the throat, which cause snoring. Rubin Naiman, who has a PhD and is an authority on integrative sleep and dream medicine as well as the Clinical Assistant Professor of Medicine at the University of Arizona, has said that learning to play didgeridoo is indeed effective and is a practical remedy for snoring. The British Medical Journal had recommended didgeridoo way back in 2005 when it published ‘Didgeridoo playing as Alternative Treatment for Obstructive Sleep Apnoea Syndrome: Randomised Controlled Trial’

Learning to Play the Didgeridoo

The didgeridoo is not a very difficult instrument to play. Mastering the piano or becoming a jazz musician can be more difficult for many and may take much longer. However, since the didgeridoo requires substantial human effort or outright labor, it is wiser if you have a controlled approach.

You need to play the didgeridoo with your breath. You must practice circular breathing and then vibrate your lips continuously as you breathe out. You need to inhale through your nose, exhale through the mouth using your cheeks and tongue to exert the kind of pressure you need to produce the kind of sound you want.

While there is little doubt that the didgeridoo will help you to resolve the snoring problem, yet you must consult your doctor. The cause of snoring and its severity vary from one person to another. Some people may have other respiratory and pulmonary ailments. It is best to be sure that trying to play the didgeridoo will not exhaust someone in any way that can worsen other existing problems.