4 Buddies go on a camping trip, but no-one wants to share the 2 man tents with Eric because he snores, but they know they have to sleep somewhere so they decide to take turns.
First night Larry takes his turn, in the morning he staggers to the camp fire for coffee looking haggard “god look at you!” exclaim his buddies, “no sleep he snored all night, I just sat up watching him” says Larry.
Second night its Bens turn, following morning same thing happens and in the morning he too comes for his coffee looking awful “you look terrible” say his buddies, “couldn’t sleep thru his snoring, sat up all night watching him!” explains Ben.
Night 3 and it’s big Jakes turn. He is built like a small mountain and wrestles in his spare time, so off they go to bed down.
Following morning Big Jake is bright eyed and bushy tailed when he comes for his coffee.
“wow what happened you look good” exclaim his buddies.
“we went to the tent” explains big Jake “I tucked Eric in kissed him goodnight, AND HE SAT UP ALL NIGHT WATCHING ME!!!” 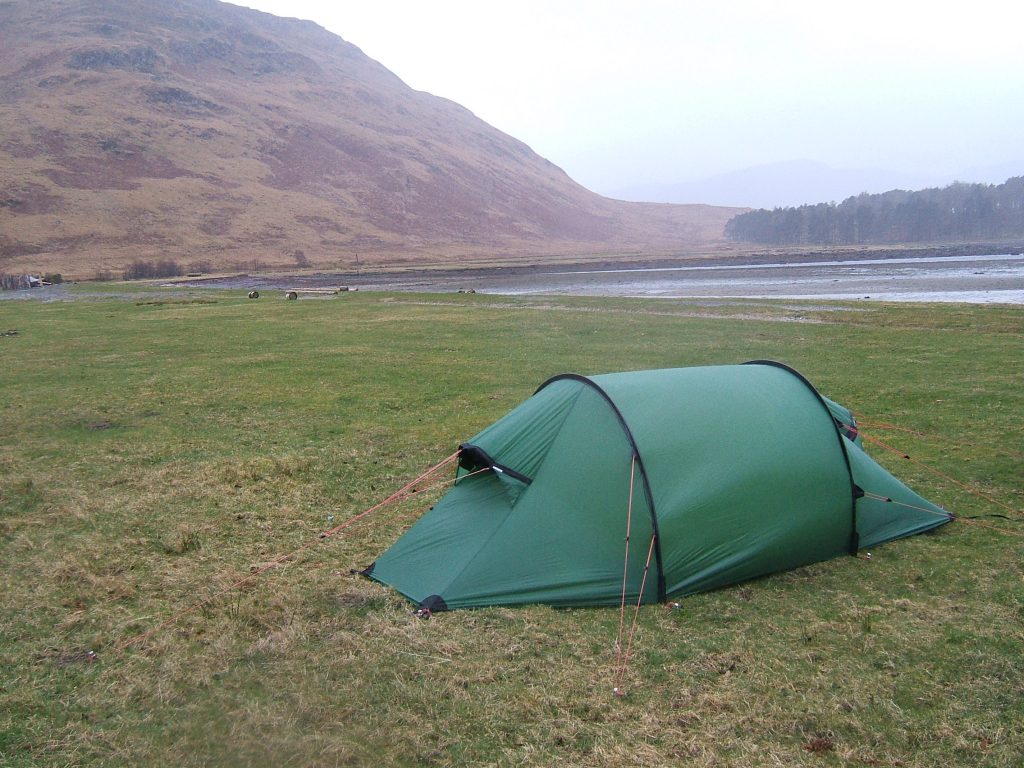 How to stop snoring?

When his wife’s snoring woke him for the third straight night, Harry went to the bathroom medicine cabinet, got some aspirin and popped two tablets into her gaping mouth.
‘Awk, glub!’ choked his startled wife. ‘What the…’
‘It’s okay, honey. I gave you some aspirin,’ he explained.
‘Why? I don’t have a headache!’
‘Great!’ said Harry, triumphantly. ‘Let’s Make Love!’

Two old women were sitting on a bench waiting for their bus. The buses were running late, and a lot of time passed.
Finally, one woman turned to the other and said, “You know, I’ve been sitting here so long, my butt fell asleep!”
The other woman turned to her and said “I know! I heard it snoring!” 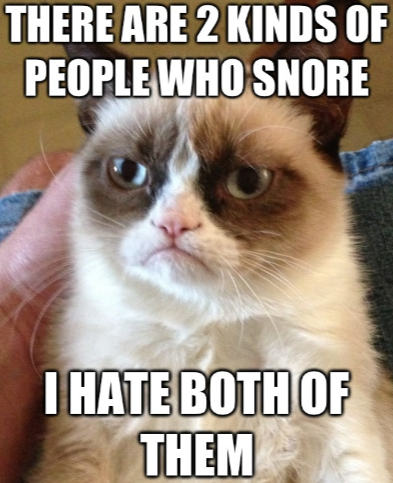 A woman was having a medical problem – her husband snoring. So she called the doctor one morning, and asked him if there was anything he could do to relieve her “suffering.”
“Well, there is one operation I can perform that will cure your husband, but it is really rather expensive. It will cost $1000 down, and payments of $450 for 24 months, plus payments for extras.”
“My goodness!” the woman exclaimed, “sounds like leasing a new sports car!”
“Hmm,” the doctor murmured, “too obvious, huh?”

The wife was complaining that she couldn’t sleep with my snoring.
So I went to the Pharmacist and bought this new snoring mask, its great!
You can wrap it on your wife’s face and you can’t hear her complain.

Things were getting pretty steamy in bed with the missus last night so I did the right thing and reached under the bed, grabbed what I needed, tore the packet open, put it on and gave her a great silencing.

Those snoring strips really do work.

He said, “Does it bother your wife?”I replied, “I’m not married.”
“Then what’s the problem?” he asked.
“I’ve lost jobs because of it.” I replied.

I had a fight with my wife this morning, for snoring all night and keeping me awake.

“Just roll me on my side, and I’ll stop” she said.

So I’ve got a couple of the friends staying over tonight, to give me a hand.

For years my wife complained about my snoring, and for some $2 earplugs, I’ve managed to sort it out.

I can’t hear her moaning now.

Last night I said to my blonde girlfriend “I think there’s a bed bug in here” she replied “don’t be silly, who’d want to listen to you snoring”?

My husband said that he had no sleep last night, because my snoring kept waking him up.
I don’t know what he is complaining about, if my snoring was waking him up then he’s obviously had some bloody sleep.

I went back to some girl’s place last night.

As we got into her bed I said, “You’re going to be absolutely exhausted tomorrow, don’t expect any sleep tonight!”

I’ve just bought one of those things from a shop that will help my husband stop snoring at night. 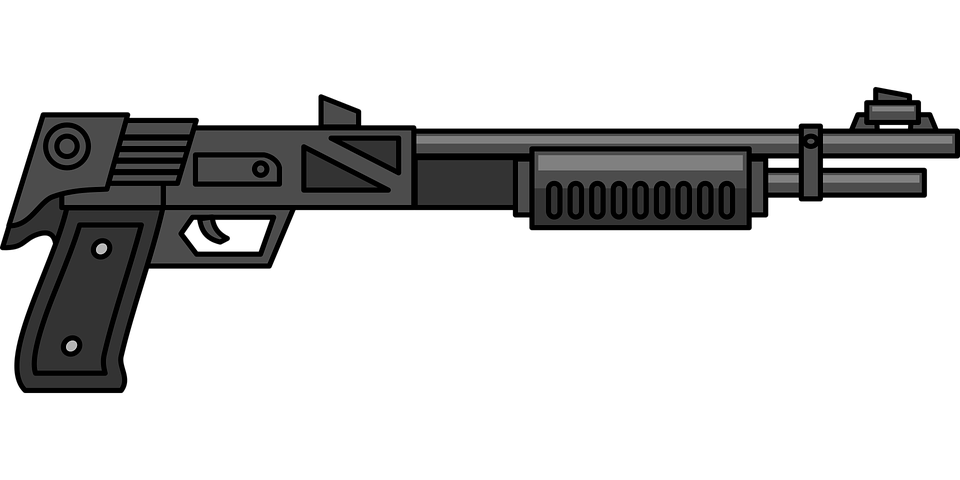 After years of trying to sleep next to a snoring, farting husband, we’ve decided on single beds.

His’ is in Scotland, mine’s in England.

Went out last night and got really drunk. I woke up in the middle of the night next to some chick who was snoring very loudly, so I was relieved as I knew I made it home OK! 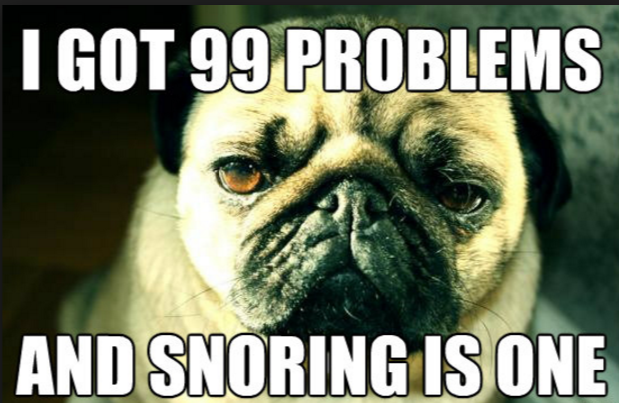 I’ve had trouble sleeping because of my wife’s constant snoring, so I went to see my local doctor.

“Have you tried rolling her over?” he suggested.

So, that night I tried it and it really worked. After half an hour of trying to roll her over I fell asleep exhausted. 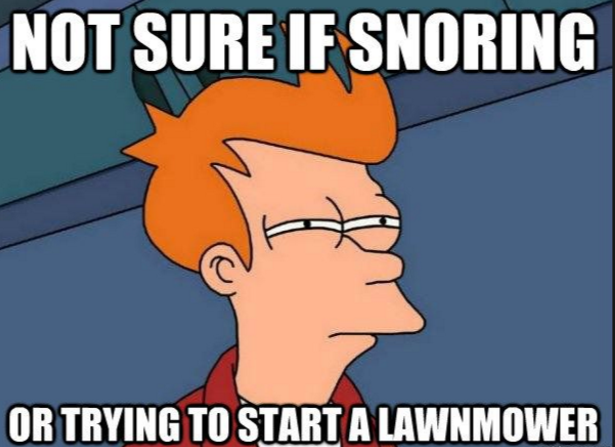 My lawyer was supposed to give his closing statement when suddenly I heard him snoring next to me.

I woke him up and said, “Man, what do you think you’re doing?”

He went, “The defense rests.”

A man has a dog that snores in his sleep. Annoyed, because she can’t sleep, his wife goes to the vet to see if he can help. The vet tells the woman to tie a ribbon around the dog’s testicles and he will stop snoring.
A few hours after going to bed, the dog is snoring as usual. Finally, unable to sleep, she goes to the closet and grabs a piece of ribbon and ties it around the dog’s testicles, and sure enough, the dog stops snoring. The woman is amazed!
Later that night, her husband returns home drunk from being out with his buddies. He climbs into bed, falls asleep, and begins snoring very loudly. The woman thinks maybe the ribbon will work on him. So she goes to the closet again, grabs a piece of ribbon, and ties it around her husband’s testicles. Amazingly, it also works on him!
The woman sleeps very soundly.
The next morning, the husband wakes up very hung over.
He tumbles into the bathroom to urinate. As he is standing in front of the toilet, he looks in the mirror and sees a blue ribbon attached to his privates.
He is very confused, and, as he walks back into the bedroom, he notices a red ribbon attached to his dog’s testicles.
He shakes his head, looks down at the dog and says:
“Boy, don’t remember where we were or what we did, but, by God, we got first and second place!” 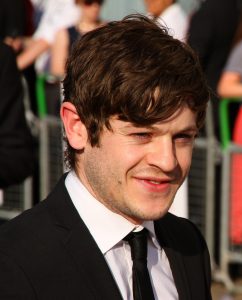 All credit goes to: http://stoptherumble.com/