Skip to content
You are here:Home-Alternative Snoring Solution-What is the Evolutionary Purpose of Snoring?

What is the Evolutionary Purpose of Snoring?

Snoring is one of the most annoying things there is, but believe it or not, many people postulate that this annoying tic some people have is actually a positive. Going even greater than that, many people suggest that it’s actually an evolutionary positive. If you’re still skeptical, listen up and perhaps you’ll be convinced. Going back to the era of cavemen and cavewomen, you know, a time period with very primitive and instinctual folks, these individuals had to do a lot to survive.

Starvation was very common, and encountering dangerous animals in the wilderness along with violent individuals that might seek to kill or maim you was also very common as well. This meant that every little advantage or defense mechanism one had to wield against foes was to be used as much as possible. As an attempt to stave off potentially deadly entities, people began to snore, or at least, this is what people who believe in the evolutionary theory of snoring believe. Their argument is that snoring, the loud rumbling sound of a creature sleeping, would ward off outsiders because they wouldn’t dare test a sleeping yet potentially threatening caveman. While this theory is very interesting to ponder, there are some holes in it, most prominently with its interpretation of evolution as a whole.

The Problem With Attributing Everything to Evolution

One of the biggest problems with this theory is its tendency to attribute everything to evolution. While it’s certainly true that a lot of traits human carry are a result of many thousands of years of development, just because the feature is present in some people doesn’t mean that it was a consequence of evolution. Evolution, which is still a theory, simply states that over time certain traits survive because they’re good, and other traits die off because they’re bad. While some people are more susceptible to snoring, being a snorer or non-snorer doesn’t mean one has or lacks a specific genetic trait. In reality, there is a very logical reason as to why some people snore and other people don’t.

Snoring’s catalyst is a pretty simple one. Basically, when a person’s upper airway narrows, they will snore. However, this simple issue becomes a little more complex when you attempt to get to the bottom of what causes the narrowing of the airway. While the problem affects most people in a very similar way, the cause of each person’s snoring is often very different. For some people, they may consume alcohol or tobacco frequently. By partaking in these habits, it can cause your muscles to become overly relaxed and limp. When muscles in the tongue, throat, and upper airway regions become super relaxed, they simply become languid and act as barriers to healthy sleep. As someone breathes, each breath sucks in air, causing the narrow pathway to vibrate, which thus produces the audible sound we call snoring.

For others that don’t smoke or use tobacco, they could simply be genetically predisposed to a loosening of the airway, or they could suffer from hyperthyroidism or other medical problems. Snoring for most people is a very innocuous issue. As long as they ensure they are not prevented from properly respiration during sleep, they should have no issues. However, some other individuals have to be especially careful when it comes to their sleep. A lot of snorers may be sleeping in a compromising position that prevents good breathing and this can be very dangerous long-term, especially if the person in question is out of shape or extremely overweight.

So again, even those this is purported to be an evolutionary trait to ward off predators, the reality is that history suggests that this simply isn’t true. 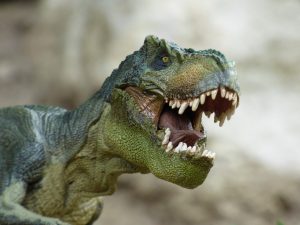 So What Can Be Done About This Supposedly Evolutionary Trait?

So even if you still believe it’s an evolutionary trait, could anything be done about it? Well, the easier answer is, yes. There is no doubt that some people are more prone to snoring, so that in of itself suggests that perhaps there are particular genetic traits that cause the occurrence in some more than others. Even though this is true, there are still ways this annoying ailment can be dealt with.

With special breathing strips, you can help open up the upper airway, which is the area most to blame for any and all snoring issues. However, aside from that, our brains also developed to shut off certain areas of our breathing muscles when we sleep, which is confirmed as a function of evolution. So in essence, the idea that snoring itself is an evolutionary trait is somewhat of a misnomer. Rather than the snoring itself being a trait, it’s actually the muscular shut-offs and cartiliage degradation that lead to the snoring. It’s not so much that these people evolved thanks to snoring, but rather, they evolved in spite of snoring.

So not only is it not really much of an evolutionary thing, but it’s something that can be easily dealt with. 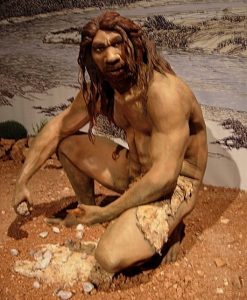